Did you watch the finale?

Here is what I saw.

Mr Robot’s season one finale is aptly titled, zer0-day.avi, a reference to when an undisclosed and uncorrected application threatens a computer system. The vulnerability within the computer’s software can be exploited and adversely affect by additional computers and 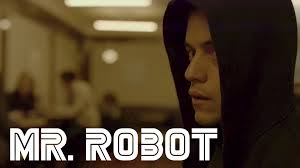 The finale’s opening scene took us back to where we began, with Elliott’s take down of Michael Hansen, I mean Lenny. Krista meets her former beau at a restaurant, where Michael attempts to talk Krista into providing information for him to use against Elliott. “This kid should not be allowed to do what he did,” explains Michael. Their conversation continues and then takes a turn after Michael discloses that all Elliott wanted was for him to leave Krista alone. The nobility behind Elliott’s action, no matter his means, allows him to remain a hero in her eyes. The Mr Robot title sequence appears on scree 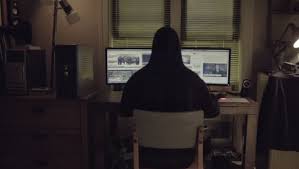 n right after Michael has connected Elliott to the global hack currently being covered by all the major news networks.   Now that Elliott has decided to play hero for the rest of the world, is he still a noble knight, or the court jester? The fool…the madman.

“Where am I? Seriously, what do you remember? Wait, I don’t even trust you.”-Elliott

Elliott is a madman, as he wakes up in Tyrell’s abandoned car all alone. He has no memory of how he got there, or how many days he has been “asleep” for, or where Tyrell is at the moment. While Elliott tries to remembe 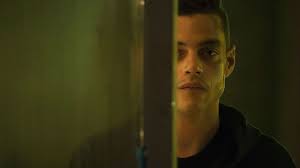 r, in the background on a wall there is a graffiti mural of a man in a suit completing the heart in a I heart NY logo. The image is very reminiscent of a ringleader at a circus, one who is putting on a glorious show for the audience. Elliott heads to E-Corp, determined to find Tyrell, and he finds their offices in utter chaos, thanks to the fsociety hack.  Circus music begins to play as Elliott wonders around the corridors, as he narrates each step of their master plan. Therefore alluding to the fact that he is the ringleader behind this new world…behind this circus. 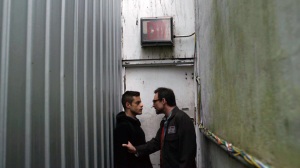 “Come out…I need to know what happened…Come out…I’m here waiting for you.”- Elliott

Elliott’s episode arc through most of the finale, is very similar to his arc in episode six-titled, v1ew-S0urce.flv. In that episode he plays a “zero-sum game” with Vera, and then discovers Shayla’s dead body, in the trunk, at the end.  In retrospect Elliott knew the whole time that both of them were not going to make it out alive. Now in this episode all signs suggest that Elliott killed Tyrell, unfortunately we will have to wait until next season to know for sure. Note, that when Elliott returns to Tyrell’s abandoned car, he checks the trunk first. Elliott is the ringleader, who can’t seem to remember what he did prior to the hack.  In the previous episode Elliott acknowledges that he is Mr Robot 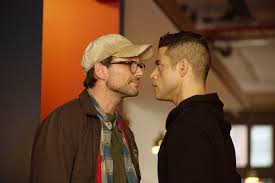 ,  admitting to having dissociative identity disorder. For people with this condition when they can’t remember previous events in their lives, it indicates that a different personality was in control during the time that they have forgotten.  Mr. Robot finally appears just as  Elliott is about to turn himself in to the officials for the hack. He explains to Elliott that they both know where Tyrell is, “So do you… you forget kiddo, I am you.”  Then in an epic scene where the camera breaks from Elliott’s narrative perspective, for a brief moment, it shows him up against a wall, while choking himself, with his own hand. Yes, if this scene is an indication of anything, it’s that to the outside world Elliott is a madman…a fool. 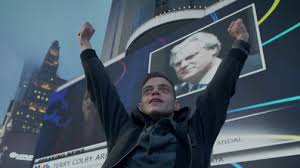 Now rewind back to the pilot, remember the scene after Elliott finds out that, with his help, fsociety has taken down E-Corp CTO Terrence Colby? He runs out into the middle of Time-Square and amongst a sea of people raises his hands in victory. Fast forward to the finale; fsociety has won and we find Elliott being carried by Mr. Robot, amongst a sea of people wearing fsociety masks, in Time Square.  Mr. Robot not only was successful in making fsociety achieve their goal, but allowed Elliott not to be alone in the world anymore. Throughout the episode we see frequent cuts to TV screens, as reporters cover the fsociety hack and it’s worldwide ramifications.  While

, Elliott searches for Tyrell he encounters various people wearing the fsociety face mask on the New York City streets. The two argue once again, and Mr. Robot gives a great monologue about the translucent definition of reality in the 21st century.  His angry rant is reminiscent of Elliott’s subconscious, one that is about everything wrong in the world, back in the pilot episode.  By creating Mr. Robot and creating us, Elliott dissociates himself from his actions against fsociety.  Now that in reality society is just as angry as Elliott he finds himself even more unstable then before, “I want to be alone…I n 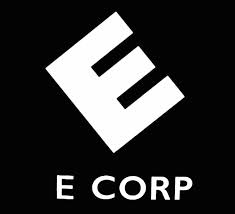 eed to be alone,” states Elliott as he closes his eyes to the outside world.

“Whoever is behind this, they’re just people…like you…and me…except of course, I have the full weight of the world’s biggest conglomerate behind me…you’ll come to realize that when you have that…matters like this…tend to crack.” –Philip Price

The only thing that Elliott cannot separate himself from is Mr. Robot.  Now aware of his own mental state, he allows his prophet to tell him what to do next. Elliott lifts up the hood of his black sweatshirt, symbolic that his alter ego has taken control, and returns home to his humble fortress.  The finale concludes with Elliott opening his door to an unknown person.  During the season finale, Elliott may have tentatively cracked under the pressure of being the ringleader behind fsociety and their global hack; Elliott may be a mad man but he is “no more mad than” Feste, the fool in Shakespeare’s Twelfth Night. 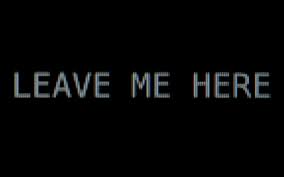 SceneNNerd will continue to discuss Mr. Robot’s season finale during our next podcast episode.  Go to iTunes to rate and subscribe.  Check out our podcast episode called Hanging with Mr Robot for discussion about the season overall.

See you for season two.